She arrives in town, edits and rides off into the sunset. Who was that masked editor? 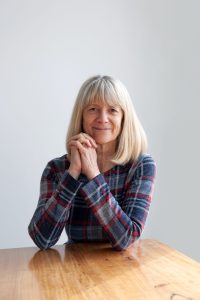 Robyn Flemming was the guest presenter at an online speaker meeting hosted by EdNSW on 5 October 2021. She is an Australian freelance editor currently based in her hometown of Albury, New South Wales. The reason for that emphasis will become clear. She grew up watching The Lone Ranger and believed she was destined to travel the world — it suits her need for variety, connection and independence.

Robyn provided a resumé of her peripatetic years from May 2010 to March 2020 as a global nomad, during which time she lived and worked in places such as Kuching, New York City and Budapest. Robyn worked full-time throughout this 10-year period, combining her editing work with travel and running events. “I put myself forward and made friends,” Robyn said.

Technology freed her from having to be where her clients were. As a freelance editor with a stable of clients in Australia and Asia, “who didn’t even care that [she] was travelling”, Robyn could base herself anywhere and work to fund her lifestyle along the way. She had mobility and speaks English — the only other things she really needed were a laptop, internet access and a steady income stream. Voila. An editor without borders.

It is clear that Robyn always worked very hard, wherever she was. She gave a diarised example of a busy working week from when she was based in Hong Kong during an earlier eight-year stint overseas (1985–1993).

Robyn shared some of her travel experiences in the past decade. I counted references in her presentation to almost 20 countries she visited across five continents — and these were just the highlights. This was not jet-setting; she rarely had an actual holiday. In the Q&A, she explained she could afford to house herself in hotel accommodation only if the rate per night was roughly no more than the equivalent of her hourly editing rate. She “stayed on top of a heavy workload while training for the [New York] marathon, which I ran on a beautiful November morning”. But she was mugged in Valparaiso, in Chile, “which caused havoc with my finances for about two months”. She felt safe everywhere else, however. Her travel blog covering these years can be found here.

Robyn explained some of the logistics and challenges of working as a full-time digital nomad: taxes, work permits, bank accounts, SIM cards. She broke her dominant arm in Marrakech and could not work; she had to change all her plans and fly back to Sarawak to have a plate inserted so she could edit again. Health insurance is expensive.

She considers herself fortunate: she did not have to find work (i.e., local clients) in the countries she visited as she could take her work with her. Sometimes Robyn planned the year around personal goals: half-marathons were a theme. And she met compatible people through her other interests: trekking, photography and film festivals. “The internet made it possible not only for me to work from anywhere, but to connect with people I could share experiences with in the real world,” Robyn said.

A major theme in Robyn’s biography is her decision to quit drinking alcohol in 2011. This personal matter ran like a macro in the background to her talk. Robyn spoke frankly about this turning point in her life and to read more you might want to check out her forthcoming memoir. She read an extract from it, describing “the first night of the rest of my life”: arriving in Ubud in May 2010, having left Australia, in her late 50s, on a one-way ticket.

Skinful: A memoir of addiction will be published by Brio Books in January 2022. Who knows where Robyn will be then (or as soon as COVID-19 international travel restrictions are lifted)? She is a masked editor for the time being, confined by Australia’s borders. But her journey continues. Hi-ho, Silver! Away!

A recording of the presentation will be available to purchase via the IPEd events page (or free if you paid to attend).