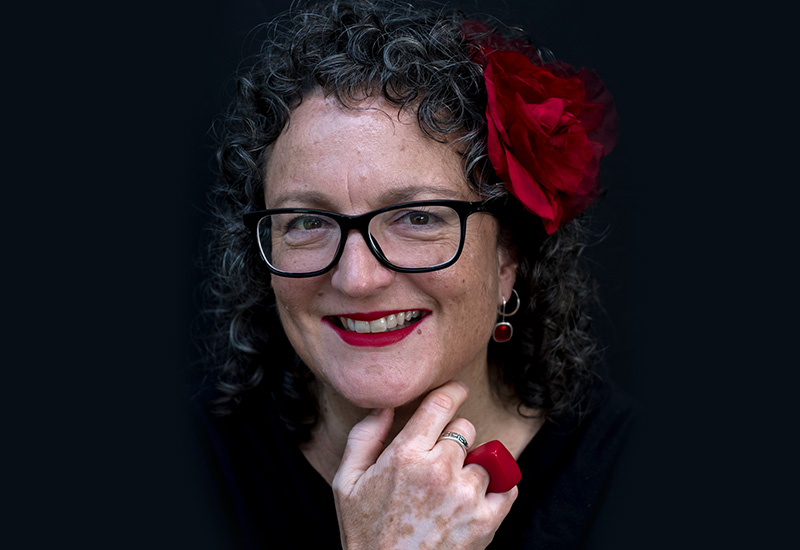 This is an edited version of a paper originally presented at IPEd’s 2019 conference.

In my role at Writers Victoria, I often get asked about the value of online sites that purport to check your grammar and improve your writing. And I respond to such inquiries with the same advice I give students and emerging writers whenever I talk about editing: these tools are helpful but don’t rely on them (i.e. ‘Don’t rely on spill chick’).

Today I will focus on what you, as editors, do beyond checking spelling and grammar. Drawing on my own experience of having worked with professional editors on four novels now, and also the experience of some of my writer friends, I want to highlight the sort of expertise and skills that set you apart from the robots — hence the title of this presentation, Great Moments in Editing. I draw my examples mostly from works of fiction, but I believe the points I make hold across a range of writing.

I’m going to mention editors by name. While your best work is so often invisible, I think it’s appropriate that, at your national conference, you get to take credit for what you do.

In his work On Becoming A Novelist, the American writer John Gardner describes the experience of reading a great novel as ‘a vivid and continuous dream’ in which we actually forget that we’re reading, transported as we are into the world of the story. For the dream to be vivid, Gardner says, the writer’s ‘words, rhythms, metaphors, and so on … must be sharp and sufficient’. ‘And if the dream is to be continuous,’ the reader ‘must not be roughly jerked from a dream back to the words on the page by language that’s distracting’ — nor indeed, I would add, by anything that distracts them from the world of the story.

The importance of editors when it comes to removing distractions and shoring up the story world is highlighted by author Mark Brandi in an interview with the First Time Podcast. Mark spoke of how much he valued the line edit process of his debut novel, Wimmera, of ‘getting someone to look at your work so forensically and dive so deeply into it’, as he described it.

He praised the capacity of his editor, Deonie Fiford, to improve the expression and rhythm, to see things that he’d missed, despite all the time he’d spent working on the manuscript. But what really impressed him was his editor’s attention to detail and consistencies in the story. He gives two examples.

‘In the [final published version of the] book [Wimmera], the boys [main characters, Ben and Fab], covet Nike Air Maxes,’ Mark says. ‘But they were originally Reebok Pumps, because I loved Reebok Pumps. They were the coolest thing. I remember one kid at school had Reebok Pumps and everybody thought he was, like, a god. So I originally wrote them as Reebok Pumps. But during the editing process, [Deonie] said, “We’ve looked at this and, you know, this is 1989; and there was a release of Reebok Pumps, but that was probably six months afterwards in Australia. So we just don’t think it’s going to work, because then you have to shift the timeline and that’s going to have consequences”.’

At this point in the interview, the podcast host, fellow author Kate Mildenhall, interjects with, ‘I love editors so much’.

Mark continues: ‘The other thing I loved is there’s a scene where Ben is in the lounge room with his mum and dad and on the TV in the background is a game of cricket, one day international, at the MCG. Dean Jones is in, Curtly Ambrose is bowling. [In the manuscript] it said something like Dean Jones is on 33, and so Viv Richards put Curtly Ambrose back on to bowl. And Deonie said, “We’ve looked back through the cricket schedule at that time and the West Indies did tour, but … it wasn’t in the first half of the year, it was in the second half. So we just don’t think that’s quite going to work. But there was a time when Dean Jones made it to 20-odd, so you could use that”.’ And Mark says, ‘I was like, this is a fictional story, and we’ve got a TV on in the background showing a fictional game of cricket in a fictional scene, and it’s not really instrumental to the story. But she was absolutely right, because you’ve got to make this world as real as you can. And anything that jars you out of the story and you see the author’s hand — that’s what you try to avoid.’

‘This is why we love editors so very much,’ Kate says again.

I asked other author friends about whether they’d had similar experiences of editors spotting a misstep or a wrong note that risked wrestling a reader from the world of the book.

In another example that seems dedicated to keeping the cricket tragics among readers happy, Jock Serong reported that for his second novel, The Rules of Backyard Cricket, his editor Mandy Brett went through the draft manuscript and noted every reference he’d made to the brothers’ childhood backyard, and every shot they’d played. ‘Incorporating the fact that one was a left-hander and one was a right-hander, [Mandy] produced a pencil map of the backyard which included every plant I’d mentioned, along with the tyre swans, shed, outdoor toilet and clothesline, to prove that a cover drive did not end up in the holly bush. As far as I know,’ Jock adds, ‘she has no interest in cricket.’

Show me a grammar checking website that’ll do that for you.

I’d also like to share two examples from my own experience, working with editor Penelope Goodes on my novel, Mother of Pearl.

In the first, I made reference at a point in the manuscript to ‘beautiful wrought-iron lampposts’ on a Bangkok street, describing them as ‘as unexpected as the one discovered by the children in the pine forest in Narnia’. In her tracked changes, Penelope commented that ‘it’s just described as ‘a wood’ in the book; there are no pine trees in the book, only a single reference to pine needles. [And] it’s Lucy who discovers the lamppost.’ She added, ‘I have a copy on my laptop so I thought I might as well check.’ I wasn’t going to argue with a woman who had a copy of The Lion, The Witch and The Wardrobe on her laptop, so I edited the sentence to read, ‘There were beautiful wrought-iron lampposts, too, as unexpected as the one discovered by Lucy in the wood in Narnia.’

The second example comes from a passage of dialogue between one of the main characters, Anna, and her brother-in-law, Nate. Anna has returned to Melbourne from more than a decade in South-East Asia as an aid worker, and says to Nate:

Not only did Penelope point out that this was untrue, she introduced me to the gloriously named ‘hairy panic grass’, and provided me with a link so I could see these prolific Australian tumbleweeds for myself.

Crime writer Emma Viskic, who describes herself as ‘geographically challenged’, credits her proofreader, Tim Coronel, also an editor, with pointing out that the Lygon Street shops that she’d placed in Brunswick are actually in Carlton, and the uni pub, Norton’s, isn’t in Carlton, but in Parkville.

Emma also draws attention to the crucial role that editors play in nuancing character. The protagonist of Emma’s crime series, Caleb Zelic, is an outsider, a detective who has been profoundly deaf since childhood. Emma says, ‘I started the first book, Resurrection Bay, with the idea he would push everyone away. Although this held true to some extent, Caleb also turned out to be searching for connection and family. In Resurrection Bay, I initially had a reference to him having left his ex-wife, rather than the other way around. My editor, Brooke Clark, pointed out that this didn’t ring true to his character. Not only did I agree with her, but leaving it as it was would have changed the core of both Resurrection Bay and the entire series.’

More than lending support for fictional characters, however, is the support that editors provide to the writers. While Kate Mildenhall derived significant practical lessons from editor Aviva Tuffield when writing her debut novel Skylarking, it was Aviva’s role in nurturing her as a writer that stands out.

‘Looking back now at notes from Aviva on the manuscript of Skylarking, I’m overwhelmed, both by my “greenness” and by Aviva’s generosity in guiding (and cajoling!) me to finish my incomplete manuscript,’ Kate says. ‘It’s clear from her tone in the many pages of notes and email correspondence (i.e. “Don’t let any of this put you off!” “Don’t be disheartened!” “I know you’ll work this out instinctively” “Your progress is EXCELLENT.”) that [Aviva] understood that I needed to be massaged into finishing the thing.’

In an editorial for Voiceworks magazine, Lucy Adams describes editors as offering a ‘kind of unseen protection’ to writers; while Mary Norris, former copyeditor for The New Yorker and author of Between You and Me: Confessions of a Comma Queen, writes that one thing she most likes about her job ‘is that it draws on the entire person: not just your knowledge of grammar and punctuation and usage and foreign languages and literature but also your experience’. And, I would suggest, your kindness.

Asked for her great moment in editing, Melbourne writer Alice Pung shared the following about her editor Chris Feik. ‘Chris edits The Monthly magazine and the Quarterly Essay, as well as so many well-known authors, from politicians to artists and cultural critics, bestselling authors and emerging writers; but it is his humility and kindness which sets him apart. He explained to me once that he approaches editing in the same way a doctor takes the Hippocratic oath — to first, “do no harm’. This is why, almost 20 years later, my “voice” remains intact, and I feel confident enough to be inventive with language. Chris never squashed the voice I had when I was younger or directed it to be something other than what it was to fit into an elusive “market”. He’s so sought after as an editor, and yet tells me he will still edit my next book. He has made me the writer I am today.’

Indeed, in an interview with The Garret Podcast, Crikey correspondent-at-large Guy Rundle refers to Chris Feik as ‘an unsung hero’ — a term that I suspect applies to many editors today.

Try as I might, I just can’t see robots taking the place of editors as the guardians of story worlds, the co-creators of characters, and the protectors of writers and their voices.

For these and all the skills you bring to your work, I salute you and I thank you.