As Victorian editors once more deal with a lockdown, I hope this finds you managing the difficult juggle of work-life balance. This is made so much more challenging when homes become workrooms — not just for us, but for our families and households — and understandably, fatigue may set in.

The familiar advice remains helpful, all the same — some fresh air, some time with nature, touching base with others, a bit of routine and being forgiving of yourself and others when things don’t go to plan. Editors tend to be resourceful and resilient, and both qualities are especially valuable at times like these.

Circumstances forced us to cancel some planned in-person indexing training last month. It will be offered again, but not this year. We’ll continue with planned online workshops for the remainder of the year, as well as our monthly speaker program on Zoom.

Given the constraints on in-person offerings, we’ll ensure plenty of informal online activities are available, so expect to see regular invitations to online cuppas (perhaps even online cocktails). I’m especially looking forward to talking poetry with poets and poetry editors at our Zoom cuppa on 16 September. For a form so fluid and often intensely personal, and when every word, mark and space carries such weight, where does an editor weigh in?

Of course, if the opportunity opens up, we may just schedule some short-notice gatherings — seizing the moment, while we can.

I’m also delighted to announce that we have filled our committee vacancy via an invitation to student member Caroline Arnoul, who becomes our first Project and Outreach Officer. Caroline is currently completing an Associate Degree in Professional Writing and Editing, and has significant experience in comms and marketing roles, including in the university sector and in publishing. Welcome, Caroline.

EdVic is pleased to welcome members who have joined or upgraded over the last month. 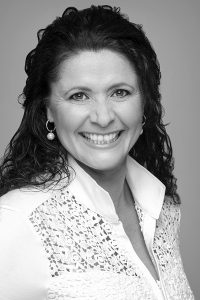 A: I am a recent graduate of a Master of Publishing and Communication course at the University of Melbourne and so am at the beginning of my career.

A: At the moment, mainly editing blogs.

A: I’d like to concentrate on editing non-fiction works.

A: Connecting with other people in this interesting field. 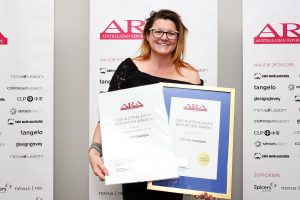 A: I’ve been running my own business since 2008. My career grew from a love of communication and connection (and a sharp eye for spelling mistakes).

A: I primarily work on corporate, government and not-for-profit publications. I seem to have found a niche in the annual reporting sector, in which I work on, among other things, environmental and sustainability reports and financial reporting. I’ve done work in the NFP sector and it’s always rewarding to help spread the word about organisations that are determined to make positive change in the world.

A: Elements of the freelancing life can be difficult, especially now, when so many of us are working from home. I occasionally miss the buzz of an office.

A: I’m particularly interested in helping organisations simplify their language and be as inclusive as possible. Our understanding of how best to be inclusive changes frequently, so I’m always interested in building my education in that area.

A: I’m already pleased to see so many formal and informal education sessions and catch-ups. I’m looking forward to meeting other members of IPEd.

Here are more Victoria-themed questions from the trivia quiz we held at our recent ABM.

1 A natural wonder in Zimbabwe, perhaps its largest tourist drawcard, is Victoria ________.

2 The world’s largest design and decorative arts gallery is the Victoria and ________ Museum.

3 Advertised with variations on the theme ‘How does it happen?’ is the thirst-quenching Victoria ________.

4 Which is not a campus of Victoria University?

5 Which endangered creature does NOT make its home Victoria?

6 Which band did NOT do a cover version of the song ‘Victoria’?

7 What Vikki is one of Australia’s leading true crime writers?

8 Which Spanish Victoria, with a name evocative of a Californian city, made her operatic debut in 1941?

9 Which winning singer’s victory speech was famously interrupted by Kanye West during the 2009 MTV Music Awards?

10 … and who did he think should have won the Best Female Video instead?

11 Who said ‘Well, this is the sweetest victory of all — the sweetest. This is a victory for the true believers’?

6 (b) The Kinks (they recorded the original version)

How did you go?

1–4 correct: Let me guess, more of a structural editor than a fact checker?

5–8 correct: A solid all-rounder, always sure to pick up a few slips during copyediting.

11–12 correct: Really? Looks like you’ve just volunteered to run our next trivia quiz!