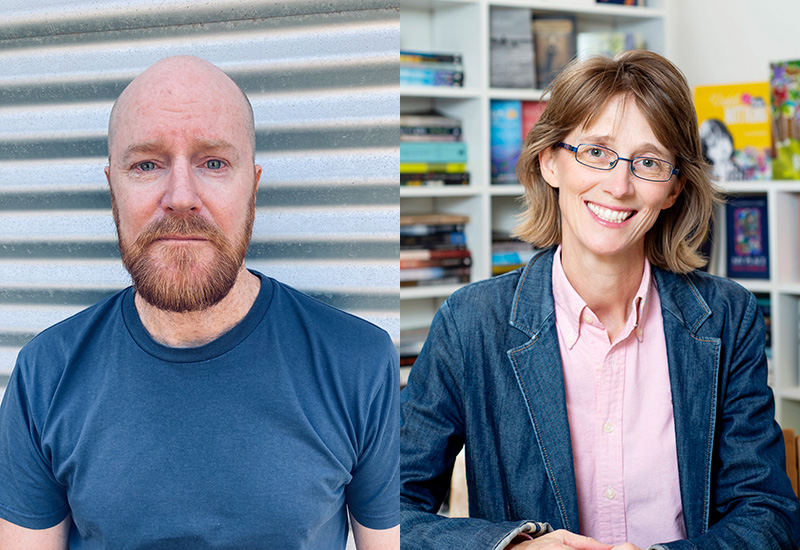 After introductions, David discussed his progression to author and his body of work, particularly crime fiction, which is his passion. Georgia, a published author herself, talked about her decision to move into editing, and starting a freelance business with a business partner while raising children. She explained how this led to her current role as publisher and she gave us an insight into her current work.

David described how he came to write about the character, Yankee Sullivan, and the slow writing process he needed to undertake. He discussed the portrayals of Yankee Sullivan uncovered in original writings of the time, and the research required to draw out the real character, and his pain in this snippet of his life.

When David sent it to Georgia he knew it had well-written parts and it was as polished as he could get it, but he was unsure whether it cohered as a story.

Georgia knew immediately there was something different about the work – her senses were alert as she read through the manuscript and she was discombobulated by the page layout David had chosen. Georgia could identify that there was tension on every page, and that primary source information was dispersed throughout the text. She realised that it would require a different starting point than usual when editing.

Throughout the discussion, both David and Georgia likened The sawdust house to poetry. David mentioned that he wanted the story to be more lyrical and poetic, and to work by way of suggestion. Georgia described the editing process for the manuscript as similar to that of poetry, paying more attention than usual to what is merely on the page.

Starting at a different point in the editing process enabled Georgia to provide structural feedback to David that was key to the flow and language in the story. This included interrupting large tracts of speech, careful selection of when punctuation was used or omitted, introducing a prologue, and even a single word swap which changed the opening quote.

Another point of difference in editing this manuscript was returning to printouts and hand-written notes, rather than digital comments and track changes. This made it a strangely intimate experience for Georgia when working with her author, and she said it was one of her most unforgettable editing experiences.

Finally, David and Georgia answered questions from participants, including whether Georgia fact-checked David’s work, and what advice David could offer on writing. The conversation was enjoyable and intriguing. You can purchase a recording of the conversation once it’s available on the IPEd events page.