One of IPEd’s most important roles is to administer the accreditation scheme for editors. Last month 22 members sat the accreditation exam in Melbourne, and I hope all felt confident that it let them demonstrate their skills and editorial nous. The smooth running of the exam is a great credit to IPEd’s Accreditation Board, including Victorian delegate Susan Pierotti, and to the many volunteers who assist in various ways. It was quite an eye-opener to join the invigilation team in Melbourne, and see just how much care and preparation goes into the day. That work now continues for the exam markers, after a great job on the day by lead invigilator Bridget Blair and Jay Carmichael and Jacinta Sanders who made up the Melbourne team.

One dilemma for many freelance editors is keeping manageably busy, a topic addressed by our August speaker, Laura Poole. Her tips on the “feast or famine” rollercoaster were very valuable. A recording is now available, and well worth a listen. Our next speaker presentation will be in October, with a panel of authors, all branch members. In the meantime keep an eye out for news of Zoom cuppas, social gatherings and professional development workshops as they are confirmed.

The committee has now appointed Cai Bardsley as our 2022–23 student adviser and welcomes Bonnee Crawford as a new member of the professional development subcommittee. Sadly, we are farewelling our long-serving budget officer, Marnie Hannagan, who has stepped down from the committee due to family and caring responsibilities. Marnie has kept the important work of financial management and planning ticking along smoothly, while supporting the wider committee in its various work, and will be much missed.

If you enjoy numbers and spreadsheets (an acquired taste, admittedly), perhaps this is the time to get more involved with the branch as our next budget officer. Meanwhile, we continue to seek a projects and outreach officer, and will shortly advertise for an inclusion and accessibility adviser.

Following our Annual Branch Meeting in July, Editors Victoria has a new committee. Some faces will be familiar, but some roles have been freshly filled or have moved around. So, over the next few newsletters we will introduce you to the people who are putting in the time, effort and thought required to make your organisation tick. 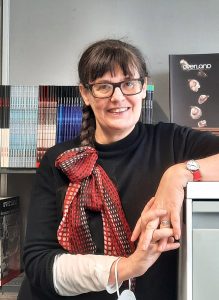 I’m currently settling into a new role with Overland magazine, alongside freelancing, after many years with RMIT’s Professional Writing and Editing program. In some ways I’ve gone full circle, having started my career with art and science magazines, before editing Meanjin journal. My freelancing is mainly nonfiction, where I especially enjoy working with community-based and arts organisations, and graduate students.

This is my third term as Editors Victoria president. Before that, I’d contributed to IPEd’s awards and accreditation programs, and was an invigilator for the latest accreditation exam. Committee work is a great way to engage with current debates and developments and to collaborate with fellow editors.

Outside editing, I’m a keen footy fan, a frustrated gardener and a novice bookbinder. While not always relaxing, that does keep life interesting! 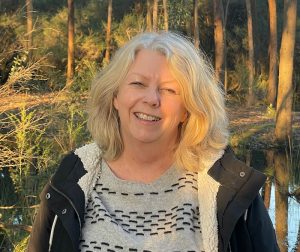 I’ve been a freelance editor for over 20 years, working on a wide range of books, from educational to science (nursing) books, art books and Doctor Who and The Phantom diaries. I love the variety of freelancing work and learning all about subjects I never would imagine knowing about. This is my third year on the committee. I started out as secretary, but decided I needed a bit of a change. I’m looking forward to organising some networking lunches (in-person!) and Zoom cuppas in my new role. I’ve also been doing some mentoring, which I’ve found very rewarding, and am now mentoring coordinator for EdVic. I’ve really enjoyed being part of the committee and getting to know the other committee members, as well as the members of the wider Editors Victoria and IPEd community. In my spare time I like to get outside and go for bike rides with the family on my new electric bike.

Most of my career was in IT and banking; I always loved words and writing. When I retired I did a graduate certificate in editing and publishing remotely with University of Southern Queensland. In 2007 I joined Editors Victoria and volunteered in finance and proofread the newsletter for a year or two.

Having spent nearly 20 years overseas, I had no network and found it hard to get editing assignments. I did some commercial editing but eventually gave up. But I have always greatly enjoyed working with the EdVic committees, and was the IPEd secretary from 2012 to 2014. I was honorary secretary of Editors Victoria between 2009 and 2016, and contract finance officer. I was heavily involved in the development of the plan for IPEd to become the national, direct-membership body. I stayed on the EdVic branch committee through 2018. With time on my hands and great continuing interest, I rejoined the committee this August 2022. 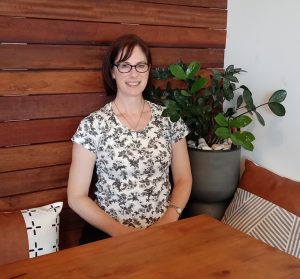 I’m a freelancer working across a broad range of general nonfiction, after getting my start with Dorling Kindersley in the UK and then a long stint in-house with Lonely Planet. At the moment I’m finding most of my work is on travel, lifestyle and food titles.

This will be my fourth year as Comms Officer. I also sit on the IPEd Style and Communications Standing Committee and led the invigilating team for the 2022 accreditation exam in Melbourne. I enjoy the collegiality of being on the committee as I found I was missing being part of a team once I’d gone freelance.

In my spare time (when my kids will let me have any) I love sewing and crafting. I find making things totally absorbing and hence relaxing.

EdVic is pleased to welcome members who have joined or upgraded since our last newsletter. 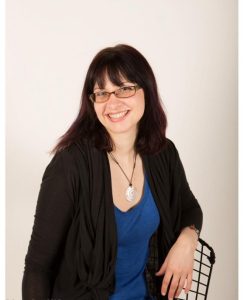 A: I have a total of 11 years under my belt, although the past four years have been my core “rise to seniority” period. I started as an academic tutor to undergraduate students, helping them understand their topics and write better essays. While doing that, I sought the university’s approval to offer essay editing, which they accepted (under many provisos). About 1.5 years into it, I found an internship at a local community newspaper, where I learned more about publishing and meeting a running deadline. However, I struggled to get into journalism. So, I continued my academic editing role for another six to seven years… In 2018 I did a little bit of consulting with a company that wanted to create educational materials for autistic people. After I handed in my report, they asked me to design the whole curriculum of materials. I engaged in that work and managed a small team of writers and subject matter experts to ensure quality. When I was then promoted, I had more leadership and editing duties. And once the executive editor role was on the table, I snapped it up.

A: Editing the work of junior writers, like interns. While I enjoy mentoring juniors and interns and I find the nurturing aspect of giving insights and tips enjoyable, reading their often HORRIFIC, badly written pieces is taxing.

A: I’d like to learn a bit more about typesetting.

A: To connect with other editors to share reflections and challenges, to possibly gain ideas/remedies, and to just have networks. In my current role, I don’t liaise with other editors outside of my work. And being the most senior, I don’t really get to have “peer conversations”.

A: I am currently studying my Masters of Writing and Editing at RMIT University and doing an internship at Busybird Publishing. This is but the beginning of my career!

Q: What type of editing makes up the majority of your work?

A: The majority of the editing I am doing at the moment is short books, fiction and nonfiction in my internship and report editing through my course.

A: I am most inclined towards structural editing, so I find that copyediting or proofing before this process is complete is my greatest challenge thus far.

A: I am doing this through my Masters and internship, but I am also keen to participate in some of the presentations and events through IPEd that can help me build these skills.

A: I’m most looking forward to being a part of the editing community and being able to access IPEd’s amazing resources. Now that we’ve opened up the world again after so many lockdowns, I’m keen to attend the variety of events back on offer.

Here’s a selection of bookish happenings around the state this month. 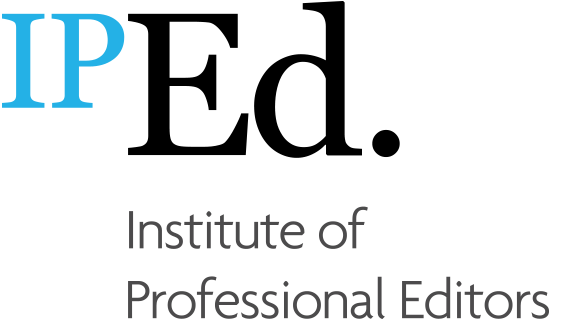 The Institute of Professional Editors Limited (IPEd) is the professional association for Australian and New Zealand editors.

IPEd acknowledges the Traditional Custodians of the unceded lands throughout Australia and their connections to land, sea and community. We pay our respect to their Elders past and present and extend that respect to all First Nations peoples today.