Something remarkable has happened to Australia’s book pages: gender equality has become the norm 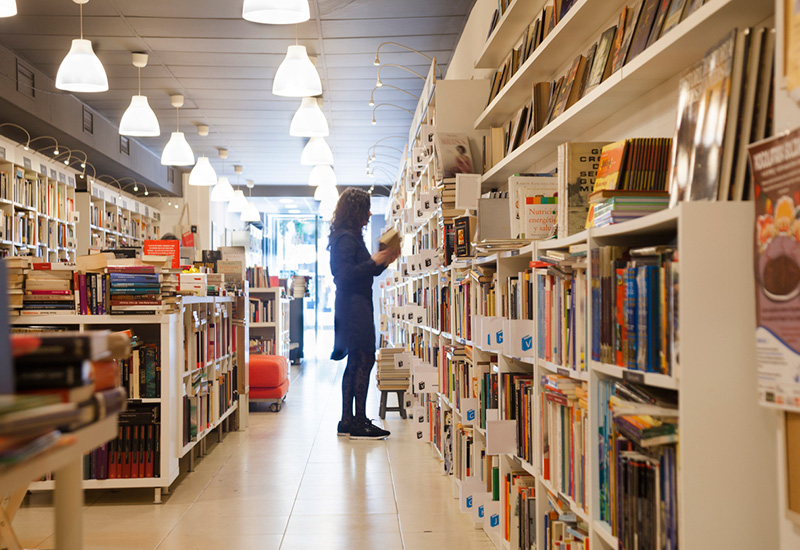 For the first time in the nine-year history of the Stella Count, and perhaps in the entire history of Australian book reviewing, gender equality has become the norm in Australia’s books pages. Our new research for the Count reveals 55% of books reviewed in Australian publications in 2020 were by women.

The Stella Count surveys 12 Australian publications – including national, metropolitan, and regional newspapers, journals and magazines – collecting data on the gender of authors and reviewers, length of review and genre of books reviewed.

Some publications have dramatically transformed their pages to better represent women authors between 2011 and 2020. The Age has increased its representation of books written by women from 38% to 55%; The Monthly, from 26% to 56%; and Brisbane’s The Courier-Mail, from 43% to 54%.

These significant gains do not mean gender bias has been eliminated from the Australian book reviewing field. Some publications continue to find the gender parity line a hard one to cross – and in general, books written by men still attract longer reviews.

After several years of stasis, The Australian has inched closer to parity with 45% of its reviews now of books by women. Australian Book Review, however, is the only publication in our study that has not significantly improved representation of women authors over the nine years: indeed, the percentage of reviewed books by women dropped from 47% in 2019 to 43% in 2020.

Why does this matter?

About 22,500 new book titles are published each year in Australia. In a crowded marketplace, any opportunity to get a book discussed in the public eye is worth its weight in gold. Book reviews are a longstanding means of bringing attention and, possibly, acclaim to new titles.

Our surveyed publications published 2,344 reviews in 2020. Some books received multiple reviews, meaning authors of new books have a less than 10% chance of being reviewed in one of Australia’s major book pages.

When you look at the demographics, you would not expect Australia’s literary scene to be a place of gender bias. Women make up 65% of Australian writers, 77% of employees in Australian publishing, and 61% of “frequent readers”.

But until very recently, book reviewing – like literary prizes and school syllabuses – appeared to have a gender problem. There was, however, no comprehensive quantitative evidence to prove it.

Newly-formed feminist nonprofit organisation, The Stella Prize, set out to do something about this in 2012. Inspired by similar counts happening overseas, Stella began collecting statistics about the gender of authors whose books were reviewed. We began working with Stella in 2014 when it expanded the data collection in order to understand how gender bias was operating when it came to the size of reviews, the genre of books reviewed and the gender of reviewers.

Over the ensuing years we have seen something remarkable happen: real change. Literary editors, when asked, were often surprised by the statistics, when presented with them. Or they made excuses for them: men pitch more or write books on important subjects that deserve reviewing, they said. These biases are no longer unconscious.

While this is cause for celebration, there is still some way to go. While women writers now receive their fair share of reviews in terms of the overall number published, this does not mean they receive equal access to the actual space devoted to public literary criticism.

Books written by women are still more likely to receive shorter or capsule reviews. Long reviews – those of 1000 words or more – continue to be largely the precinct of men, either as reviewers or as authors of books reviewed.

Women authors receive 55% of all reviews, but only 45% of long reviews. Long reviews are the most conspicuous and prestigious, not just because of their size and prominence but because they are often written by prominent critics and accompanied by images such as book covers and author photos, which lead to market recognition.

Fiction reviews skew towards women as authors and reviewers (especially those written for children and young adults), and non-fiction skews towards men. This supports broader findings in relation to the representation of women in Australian media: that women are less likely to be called upon to offer expert commentary on topics such as politics and sport.

Our research also offers a snapshot of the state of book reviewing in Australia. It shows the number of reviews published in our surveyed publications dropped by 15% between 2019 and 2020, when the pandemic arrived here.

The Stella Count is now the longest-running yearly count of a nation’s book pages conducted anywhere in the world. Next year will be the Stella Count’s ten-year anniversary. The real impact of COVID-19 on the gender make up of authors and reviewers – and on Australia’s literary sector more broadly – is yet to be seen, but data collection such as the Stella Count is key to understanding it.