The member societies of IPEd have passed the special resolution to support the transition of IPEd to a national direct membership organisation representing Australian editors.

The resolution was passed at a Special General Meeting of IPEd on Tuesday 17 November.

The IPEd vote was held following transition ballots by the societies, which required 75% of those eligible members voting to approve that society’s resolution/s and produced the following results: 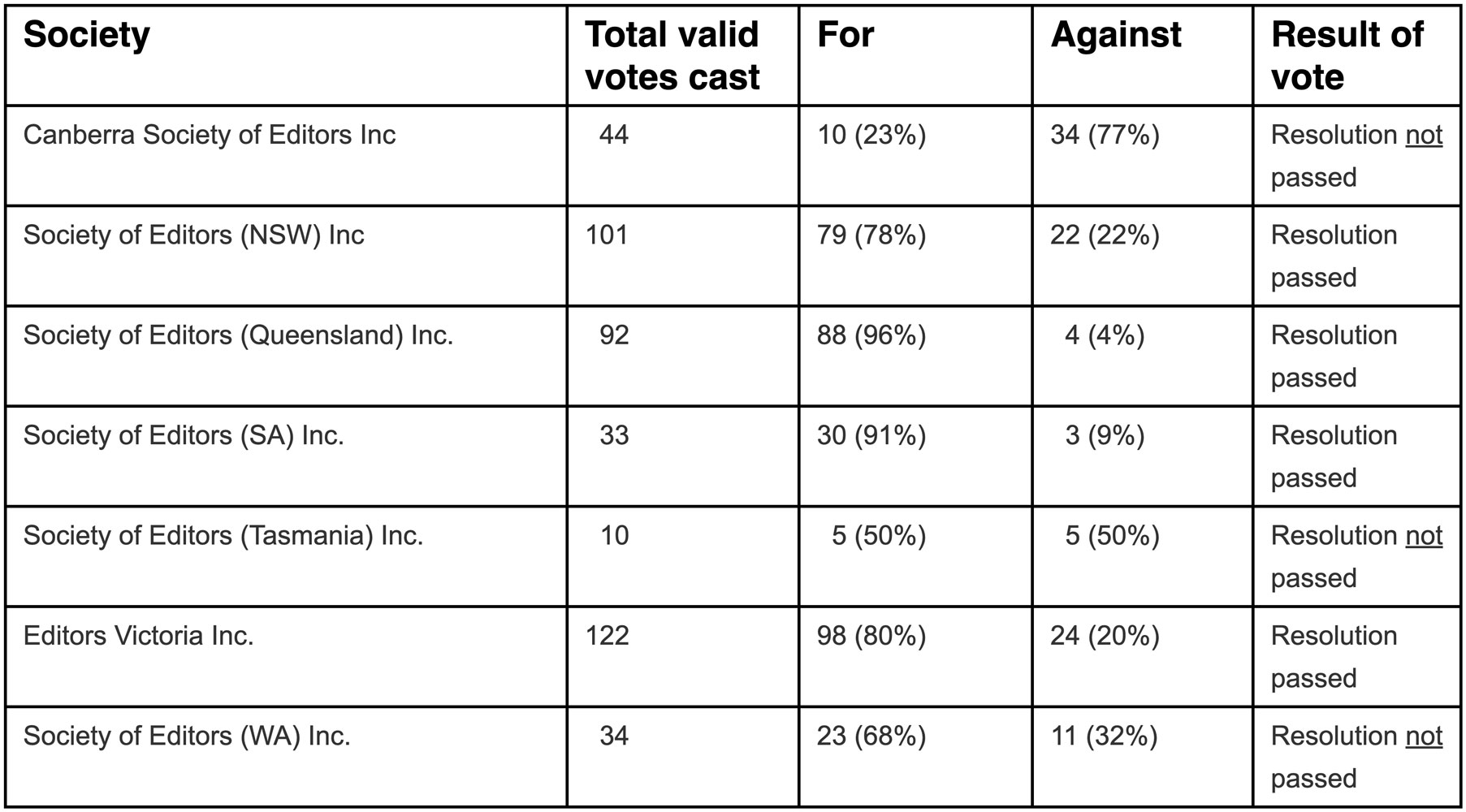 The societies that passed the resolution will form the new IPEd at the transition date of 1 July 2016, becoming branches of IPEd and continuing to run their local activities.

Individual members of the societies that have not passed the resolution will still be able to apply for membership of IPEd from the transition date.

Many thanks to all societies, their committees and their members for their participation in the vote.