“I thought in order to succeed in Australia, I had to be a Tim Winton type character”: our Author–Editor #01 series 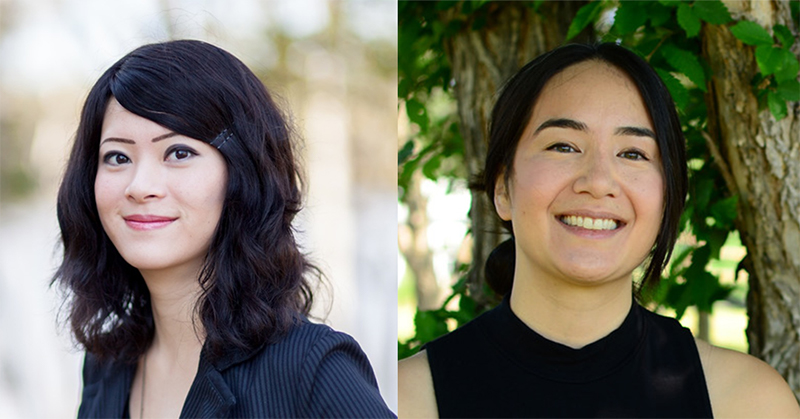 Award-winning Australian writer Michelle Law talks about the journey of finding her voice as a person of colour and her experience of working on her new debut book, Asian Girls Are Going Places: How to Navigate the World as an Asian Woman Today, with accomplished Canadian editor Allison Hiew. Michelle is a writer of print, film and television, and theatre, having worked for Brisbane’s LaBoite, Sydney’s Belvoir St Theatre, and Melbourne’s Arts Centre, as well as Netflix US, ABC, SBS, Fox and Network 10. Meanwhile, Allison is a freelance book editor with a career that spans the publishing industry in Australia and Canada, from trade and business to educational publishing, and experience in guiding many authors of fiction, memoir, true crime and general nonfiction. This is a condensed and edited extract from their two-way interview as part of the Author–Editor video series, supported by IPEd and the Brisbane Writers Festival (BWF).

On how Michelle’s debut book Asian Girls are Going Places, came about. 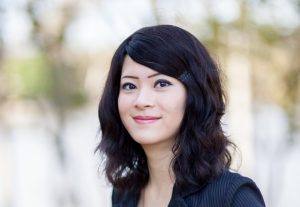 Michelle: Hardie Grant (the publisher) was putting together a series which was sort of the “girls’ guide to the world” and they were really interested in putting out different books that appealed to marginalised groups of women. They came to me and pitched the idea of “Asian Girls are Going Places” because they were familiar with the work that I do that is very much centred on race and gender. I thought the idea was really brilliant because I’d never seen a book for any marginalised communities which was about specifically travel or life advice. So it went from there, and I pitched them what my vision was for my book because each book in the series is really quite different in terms of tone, structure and content as well. So, mine, I feel like, is a bit more on the lighter side. I wanted it to be a feel-good book for the world after everything we’ve been through in the past two or three years now.

On Michelle’s experience of working with her editor, Allison

Michelle: Alli was the best! We only got to meet officially once. But I feel like from the get-go, you really understood the manuscript and the tone immediately, which is super important because I feel what ever medium I’m writing in, tone is the most significant thing for me. The editing process was really thoughtful, meticulous and easy. Most editors I know work with tracked changes, but for some reasons, yours were really clear and straightforward. And I think we had a really good working relationship. I think that comes from the fact that there’s just no ego involved and that both parties are focused on making the best product and the best book that it can be.

On what drew Allison to editing 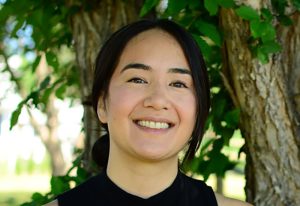 Allison: I like the nuts and bolts, finding the right word, working out the machinery of language. For me, the creation of it isn’t as appealing as working with something that’s already there and helping to mould it. My mum’s an accountant, maybe that’s where it comes from! It’s in a creative industry but it’s still pretty practical job within it. I like drawing out and shaping language and narratives, wanting to be able to be in there and mould things that you enjoy reading and bring out the best in them. Also, in terms of the dialogue between the editor and the author, we were never in the same time zone even, but we were both working together on these words. Engaging with the thought process behind them and the message you want, and the tone; for me, I find it challenging and just a great intersection of cerebral and interpersonal.

Allison: Especially in North America, I’m not sure if it’s the same in Australia, there’s a real glamorous connotation to editing. When you say you’re an editor, they picture Anna Wintour because she’s the editor of Vogue. So I’m always like, “No, no”. I think there’s some confusion. In Australia, there’s a division between editors and publishers. In Australia, publishers are the ones who commission the books, do the wining and dining, and meet up with the authors and work out what projects they can make. And then the editors in Australia take what has already been commissioned and work with the words, work with the structure and are more nuts and bolts again. Whereas, I think in North America, editors are the ones who commission and then the other editors who are copyeditors.

Generally speaking, as a freelancer, I do structural edits and copyedits. Meaning, I take the manuscript that has been commissioned and is in more or less in a final state, and then I read it and go through for, “Does this make sense?”, “Is this the right order for things?”, “Is there something missing?” That’s the more macro lens. And then on the more micro lens, “Does this sentence literally make sense?”, “Is it grammatically correct?”, “Is the spelling correct?”, that sort of thing. In Australia, when you are an in-house editor – what I found when I was in-house editor – is that you don’t really get to work with words very much at all, you’re more a project manager. You’re responsible for different titles, and you find a freelance editor who is going to work on it, and the freelance designer that might lay it out, work on the schedule for it and when it will go to printing and that sort of thing.

On inclusion and diversity as readers

Allison: I think because of the reckoning that we’ve had in the past couple of years, certainly I know in Australia, there has been more a discussion about inclusion and diversity is more about what has been excluded in the past. We’re guilty of it. As minority kids, we would have read so many books about white children and seen ourselves in them, and still related to it and found it as absorbing – Jane Austen and Little Women. We still love these things and related to them. I think for whatever reason; perhaps because of the way of the culture and the way the barriers are set up, the white majority culture works were “universal” and then all the things that were “specific” and were for those kind of people. I hope and I think now that we’re starting to understand more that everything is for everyone. We’re all humans. You don’t have to be the same kind of person as the writer to understand and love what they create.

Michelle: Most of the stuff I got taught at university; most of my lecturers were straight white dudes or straight white women. So I really become obsessed with the western canon and thought in order to succeed in Australia, I have to be a Tim Winton type character or write a gritty Australian novel set in regional Victoria where somebody has a secret and somebody has been murdered but we don’t quite know what happened! I went through this reading revolution privately once I got out of university where I learned all the rules and slowly unlearned them and sort of realised what I was allowed to like and what I was allowed to sound like, because I did the good job of adopting the voice of like a serious literary Australian writer because that’s who I thought I was supposed to be. I went through this phase in life where I was really unhappy to doing that. I had publishers being like “Well, you should write this novel”, or “You should write this memoir”. I think people had an idea of what I should be doing.

I got into this rut and thought, “What actually makes me happy?” I started reading more comedy writing, and started reading more First Nations and writers of colour. I was like, “Oh, ok, there actually is a really big space out there, of writers who I haven’t encountered before and that I’ve been missing out on…”

This is an extract of the Author–Editor video series by IPEd and BWF, supported by the Copyright Agency Cultural Fund. For the full interview and tickets, please go to the BWF page. For more information about the Author–Editor series and the exciting line-up planned for 2022, visit BWF’s online events page.