What do endurance athletes and editors have in common? Editor Helen Bradford tells us more 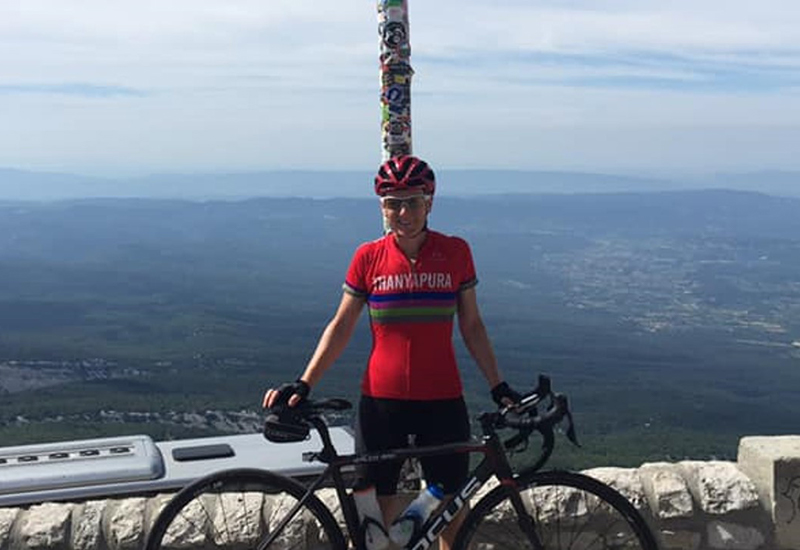 We talk to Helen Bradford, seasoned editor, athlete and founder of Capire, a consultancy for governments, NGOs and international development organisations. Originally from London and now based in Wellington, Helen talks about how her impressive career in international development led her to a love of endurance sports and editing. Helen’s background includes working for UNICEF, the World Bank and Voluntary Service Overseas in Africa and Asia. In her spare time, she competes in trail runs, triathlons, Ironman races and multi-day cycling adventures.

Tell us about your background and how you became interested in editing.

I’d been working in international development for about 25 years,  managing projects and teams in Africa and Asia. Each job involved a lot of writing, like reports, submissions and funding proposals. When I was managing teams, I had to review other people’s work. I’d often pick up on inconsistencies in style, repetition and suggest ways to restructure and make the phrasing clearer. At the time, I didn’t think of myself as an editor, but I now realise that is exactly what I was doing.

About five years ago I had an unexpected health problem  that meant I had to take time off work. It forced me to rethink what I was doing. My job at the time was all-consuming and I realised I wanted a more enjoyable job and better work–life balance. To help me decide my next move, I started to think about the aspects of my previous roles that I really enjoyed.

In the past, when I’d reviewed other people’s writing I got the impression they found me too pedantic, so I’d started to see this as a fault rather than a strength. But now, with time to think about it, I wondered if my sharp eye, attention to detail and enjoyment of creating clear writing could be an advantage. It took me a while to realise that these are the hallmarks of an editor. But once I landed on the idea, I began to feel very enthusiastic about it.

What happened after you decided to make that career change to editing?

I decided to investigate what sort of training I needed to become an editor, without realising that I already had 30 years of experience! My search led me to Whitireia New Zealand’s editing and proofreading certificate, which I thoroughly enjoyed. My tutor suggested I join IPEd, and in one of IPEd’s newsletters I saw it was running an accreditation exam. Rather impulsively, I signed up and passed. Meanwhile, my latest contract ended and I decided to just launch into business. After all, how hard could it be?

What drew you towards your current niche, editing for governments and NGOs?

When I first launched my business, I hadn’t really thought about what type of work I’d do. I thought, “I’ll be an editor for anyone who needs my services.” Naturally, due to my professional background, the clients who approached me were government departments, aid agencies and NGOs. I enjoy this type of work, as I’m often working on content that is really useful to the public. I find it rewarding to make that content as easy to read as possible, so it is read and understood rather than being overlooked.

That sounds very rewarding. Can you give us an example of one of those projects?

I find it rewarding to work on projects that involve useful information. When documents come to me, they are usually not in the shape or form that people will easily understand and be able to use. I enjoy taking something like that and reworking it. For example, I’ve helped New Zealand Police create a strategy and suite of guidelines for different groups involved in protecting the public in crowded places during crisis situations. This project resulted from the tragic shootings in two Christchurch mosques in 2019. The police and other public agencies wanted to provide better guidance to those who manage crowded places like shopping centres, conference venues, office blocks and sports arenas. The documents help them prepare for and manage an attack and keep the public safe in an emergency. The audience for the documents was varied, but they all needed clear guidance they could apply to make their public space as safe as possible. I was told that the content I wrote and edited for the police could potentially save lives.

How did you get into endurance sport? 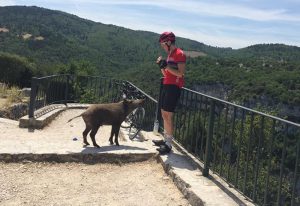 I got into running about 15 years ago, while I was living in Cambodia. A few friends were running a half-marathon around Angkor Wat and I trained for a year so I could take part. Not that long afterwards I moved to New Zealand for a job with the New Zealand Aid Programme. I continued running and joined a running club. Some of the club members were doing triathlons, so I joined in with that too. One thing led to another and sport just become part of my life. I went from running marathons to ultra-marathons – the longest run I’ve done so far is 70 km. I was training for a 100 km ultramarathon in February, but that was cancelled due to COVID-19.

I have to ask – is there a link between your love of endurance sports and editing? 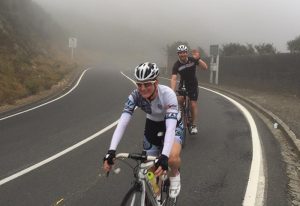 Yes, there’s definitely a crossover between the work I do and endurance sport. Endurance sport is mentally and physically challenging; it takes you to places that you have to use your mind to get out of. I drew on that strength and resourcefulness to set up my own business. It’s a real challenge to work for yourself and establish a successful business when you haven’t done it before. Among other things, you’re your own finance, marketing and HR department. But I don’t mind a challenge and I don’t easily give in.

Editing can be a solitary business. Freelancers, in particular, work on their own, and it can be isolating. To be successful, you have to push through mental barriers. In endurance sport, the top five inches – that is, your brain and willpower – is what you gets you through the race. It’s not just about physical fitness. It’s about what’s in your head.

What are your tips for setting up your own freelance editing business?

First of all, you need to be committed and persevere as you’re building up your business. It’s not easy to reach out to potential clients, pick up the phone and talk to people who you don’t know, and sell your services. You have to have confidence in yourself and make yourself do hard things, but I do that every day in sport. Also, you have to be patient. Setting up a successful business doesn’t happen overnight. You keep trying things and keep going and gradually you start to notice that you’re making progress.

I also think it helps to know what you want to focus on, and where you can add the most value, in terms of the type of client, sector or content.

I’ve found that many people don’t know what an editor is. When I’d say that I was an editor, people would say, “Are you a magazine editor?” I had to rethink my story and be able to readily explain what value I offer people and why potential clients would want to work with me. That’s one of the pieces of advice that I can offer to those going into the profession. Think through your story and be able to clearly articulate how you offer value to clients you want to work with.

For example, I often work on funding proposals that are written by experts who are looking for funding for their projects. Often I read these proposals and think, “What an amazing project”, because of my background in government, NGOs and aid, I can step into the mind of donors and government decision-makers. I can help my client make their funding proposal compelling and convincing, and show how it’s beneficial and good value for money. This is what I talk about to potential clients rather than telling them I’m an editor.

Can you share with us an experience about your work in international development? 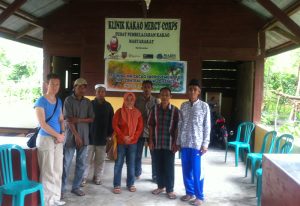 I worked for Voluntary Service Overseas (VSO) in Africa and Asia for several years. VSO is a British organisation that sends skilled volunteers to work in developing countries which need their skills. For example, it might send a doctor to help train other medical staff in a hospital. I found it rewarding to identify organisations that had skill gaps within our scope and create suitable matches between programs and volunteers. I worked with amazing volunteers; they were humble and interested in the culture of the country they were going to, and generous with their time and knowledge and skills. Our partners were also very committed, open-hearted local people who were doing the best they could with their limited resources and were so eager to learn and make the most out of every opportunity.

One of the organisations that I worked with in Cambodia was a psychiatry and counselling organisation. Obviously, Cambodia has had a difficult history due to the political and military turbulence in the past. This has left a legacy of mental health problems. This organisation provided counselling to encourage individuals to talk about their experiences, and deal with their trauma and stress. I organised for clinical psychologists to build up their counselling skills, and management advisors who helped them grow as an organisation and attract more funding. This organisation – Transcultural Psychosocial Organisation (TPO) has gone from strength to strength and has done fantastic work.

As a young person, I was always interested in public services and the health and well-being of people. I like to do things that are worthwhile and help others. I see my work as an editor, writer and writing-skills coach for the public sector and NGOs to be continuing that interest.