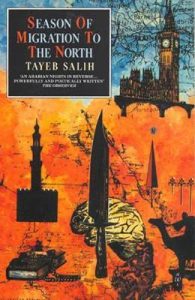 On Tuesday 5 April, we held our second Fiction in translation book club in which we discussed Tayeb Salih’s Season of migration to the north. Translated to English from Arabic by Denys Johnson-Davies in 1969, this book was selected in 2001 by a panel of Arab writers and critics as the most important Arab novel of the 20th century. The main premise of the novel deals with British colonialism in Sudan.

The book club started with a content warning due to the some of the themes and depictions of racism and sexual violence within the book. It was impossible to read this book, especially in the modern #MeToo context, and not notice the gendered violence apparent in the novel. It became clear that this violence was meant to be a metaphor for the issue of colonialism (which we recognised as a problematic metaphor in its own way). With that in mind, Sara and I decided to focus our discussion on the socio-historical context and inter-textual knowledge embedded in the novel, to allow readers to consider the book in its full context and interrogate the problematic elements more robustly. 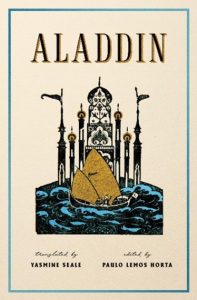 Sara gave a thorough run-down of the history of Sudan and its relationship with both Egypt and Britain, as well as looking at the intertextual references to Shakespeare, Edward Saïd, Ford Madox Ford and Ferdowsi, among many others.

This was Dr Sara Kitaoji’s last book club with us and I’d like to extend a huge thank you to her for the level of research and dedication she brought to the book club. Sara demonstrated to all participants how much some research can bring extra understanding to works of translation beyond a simple enjoyment of the story. It is my hope that going forward, participants will do some of their own research in preparation for the discussions and we can all share what we have learnt and how it has brought extra meaning to our chosen books.

The next Fiction in translation book club will be on Tuesday 2 August from 6pm to 7.30pm AWST. We’ll be discussing Aladdin, translated by Yasmine Seale and edited by Paulo Lemos Horta.