In this issue of Gatherings, we profile the chair of IPEd’s Standards Working Party Sharon Lierse. 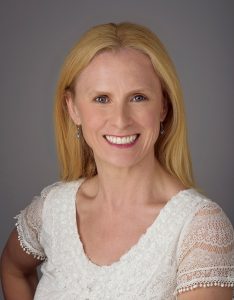 I joined IPEd in 2013 after returning to Australia from working in Malaysia. I was an Associate Professor in Education at a university in which the languages used were Bahasa Melayu, Mandarin, Arabic and English. One of the most enjoyable roles was supervising theses for PhD and Masters students. Here, I discovered the craft of writing, especially for those whose first language was not English. It also highlighted the importance of the role of the thesis editor in relation to the supervisor and the examiner. I was fortunate to have also examined theses that have provided an extra dimension and insights into the entire process.

As a member of IPEd, I have attended conferences in Fremantle, Canberra and Melbourne, and also many of the local events in my hometown Melbourne when they were face to face. During the past two years, the Zoom sessions have been a wonderful means of connecting with members, and being able to watch sessions from interstate that we all otherwise could not access.

Professional learning has been most useful, as language and its application are constantly evolving and changing. I was motivated to complete the Graduate Certificate in Electronic Editing and Publishing at Macquarie University, also most useful in both improving my editing skills and further understanding our work as editors in the digital world.

My hobbies include travel, music, theatre and languages. In 2016, I travelled to Finland and since then have been learning Finnish, one of the most difficult languages to master.

I also believe it is important to give back to society, so I volunteer my time on a range of advisory committees and boards.

As a member of IPEd, I have worked on various committees including Secretary of Editors Victoria, judge for the Student Prize, and I’m currently the Chair of the IPEd Standards Working Party. With so many committees in IPEd, I would encourage members to get involved.