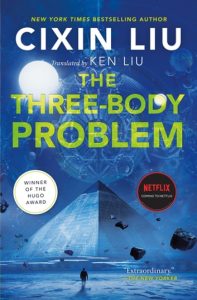 On 7 December, we held our first Fiction in translation book club. The new book club, hosted by Dr Sara Kitaoji and I (Jess Gately) celebrates translated literature and aims to give readers the chance to discuss the role of translation in storytelling and how stories change from culture to culture.

As it was the first instalment of the club, a large portion of the discussion was dedicated to talking about some of the challenges associated with translated texts including:

Sara also provided a wealth of information on aspects of the translation like the history and meanings associated with the Chinese logographic script, Chinese culture and history that did or did not make it into Ken Liu’s footnotes, and how the books were received in America with readers pushing political agendas about China’s government that were potentially dangerous to the author’s wellbeing.

We also discussed how literature across different cultures involves different structures and literary devices and how that impacts on the way translated works are received. We discussed our role as readers of translated works to accept that stories are written and told differently in different cultures and how we must come to translated literature with an open mind, ready to accept different storytelling techniques. At the same time, however, it’s important to recognise that no one writer represents their entire country or culture, and we need to be careful not to conflate the two.

There was so much to cover and not enough time but we’d like to thank everyone who attended and joined the discussion sharing their own experiences and thoughts on both the book and the art of translation.

If you would like to read further on some of the topics we discussed on the night, a full list of sources we quoted as well as other recommended texts are included below.

Details of the next Fiction in translation book club

Date: 5 April, 2022
Time: 6.00 pm AWST
Book: Season of Migration to the North by Tayeb Salih, translated from Arabic to English by Denys Johnson-Davies. 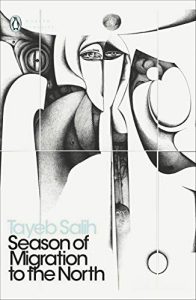 Book blurb: When a young man returns to his village in the Sudan after many years studying in Europe, he finds that among the familiar faces there is now a stranger — the enigmatic Mustafa Sa’eed. As the two become friends, Mustafa tells the younger man the disturbing story of his own life in London after the First World War.

Lionized by society and desired by women as an exotic novelty, Mustafa was driven to take brutal revenge on the decadent West and was, in turn, destroyed by it. Now the terrible legacy of his action has come to haunt the small village at the bend of the Nile.

The story of a man undone by a culture that in part created him, Season of Migration to the North is a powerful and evocative examination of colonization in two vastly different worlds.

If you are an Arabic-language translator and would like to help us host the discussion of this book, please get in touch with me at edwa.president@iped-editors.org.

Some authors to explore:

Jacques, Martin. 2012. When China Rules the World: The End of the Western World and the Birth of a New Global Order, 2nd ed. New York: Penguin Books.

Liu, Ken. 2016b. The Paper Menagerie and Other Stories. London: Head of Zeus.

Liu, Yujun. 2017. “Similarities and Differences of the Narrative Structure of Western and Chinese Short Narratives.” Journal of Arts and Humanities 06, no. 04 (March): 27-41. DOI: