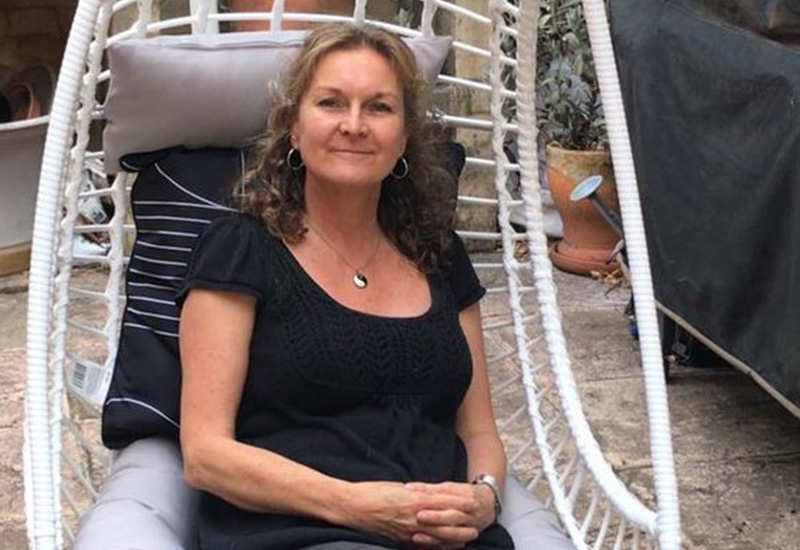 When and why did you join IPEd?
I joined IPEd … well, before it was IPEd. In the pre-internet 1990s, the only way to keep up with what was happening in our profession was to join an association, so I joined the Society of Editors (NSW). The society was a member of a peak body called the Council of Australian Societies of Editors (CASE), which became IPEd in 2008.

What is your current and past involvement with IPEd?
My first volunteer role for IPEd was in 2014, as the Society of Editors (NSW) delegate to the IPEd Council. I immediately found myself in the deep end, as the member societies of IPEd were in the process of considering whether to dissolve and become a single, direct-membership organisation instead. It took a lot of painstaking work to gain consensus on the terms of the transition and map out how to achieve it. I take my hat off to all those involved. It was a colossal team effort, but the midnight oil burnt was worth it to see the dynamic organisation that exists today.

Immediately after this transition in 2016, I was employed for three months as IPEd’s temporary Assistant Manager, supporting the CEO during the start-up period. I also chaired IPEd’s Policies Subcommittee, which created a suite of new policies, including the Code of Ethics.

I was a member of the Accreditation Board from 2015 to 2017, helping to establish the first-ever onscreen exam in 2016. I have also acted as a coordinator, invigilator and marker for various accreditation exams; served on a review committee for the IPEd Prize; and have been a member of IPEd’s Style Manual Steering Group since its inception in 2016.

In 2017, I was elected President of Editors NSW, a role I held until August 2020, when I became branch Secretary.

In November 2017, I was asked to represent IPEd at an Australian Inclusive Publishing Initiative (AIPI) forum in Sydney. It was the first time IPEd had been invited, and to be honest I didn’t expect much more than an interesting discussion and some sandwiches. The other AIPI participants turned out to be a well-informed and passionate group of people from across the publishing, disability and government sectors. They articulated a range of problems for readers with a print disability that, until that day, I had been completely unaware of. It quickly became clear that this was an issue IPEd could and should tackle. In 2019, we launched Inclusive Publishing in Australia: An Introductory Guide at the IPEd conference in Melbourne, and at the end of 2020 we set up the AIWP to develop guidelines and training on editing for accessibility.

Why are you prepared to volunteer your own time to IPEd?
I started volunteering for two reasons. The first is that I felt strongly about building an organisation that could advocate for editors, help us share our collective knowledge and create standards that raise our professional standing in the publishing sector. The progress made by IPEd in the past five years has shown just how much we can achieve when we put our heads together.

The second reason was purely selfish. Like many freelancers, I had experienced how isolating working alone can be, so it was fun to join the warm community of our branch committee. Volunteering has also provided me with the opportunity to meet many more members across the organisation, both at events and through the various other IPEd volunteer groups, and I have learnt a lot along the way too.

Some background on your career path – what led you to editing?
I set my sights on a career in editing when I was a teenager, after I talked my way into a personal tour of a small local publishing company. After completing a degree in English literature, I gained a postgraduate diploma in printing and publishing studies from the London College of Printing. That led to my first job, as an Editorial Assistant at McGraw-Hill UK. After 18 months, I was promoted to Acquisitions Editor for business and economics. I was the youngest such editor in the UK at that time, so it took an investment in some wicked shoulder pads (1980s power fashion) and heels before I finally stopped being mistaken for a student when visiting authors on campus.

I then emigrated to Australia, where I was employed as an editorial and production manager by HarperCollins, when it still had an educational division. After my children were born, I set up a freelance editing business specialising in fiction, general non-fiction and tertiary educational publishing. I have continued to work as a freelancer ever since, in Australia and also briefly in Singapore.

If you were not an editor, what would you do?
I’d be a market gardener. I love working outdoors, and there is nothing so satisfying as putting the food you have grown on the dinner table — even if it is a bit gnarly and spotty. (I didn’t say I’d be a good market gardener.)

Your scariest moment?
Losing my husband on a train from Agra to Delhi in 1990. At my request, he had got out to buy some drinks when the train suddenly pulled out of the station, ahead of schedule. I had most of our money, as well as the passports and all the luggage. He had 100 rupees and some mango juice. And, of course, there were no mobile phones. Luckily, I found out hours later that he had dived into the last carriage just in time — and spent the rest of the journey in the company of some goats. I think he may have forgiven me though, as we are still married.